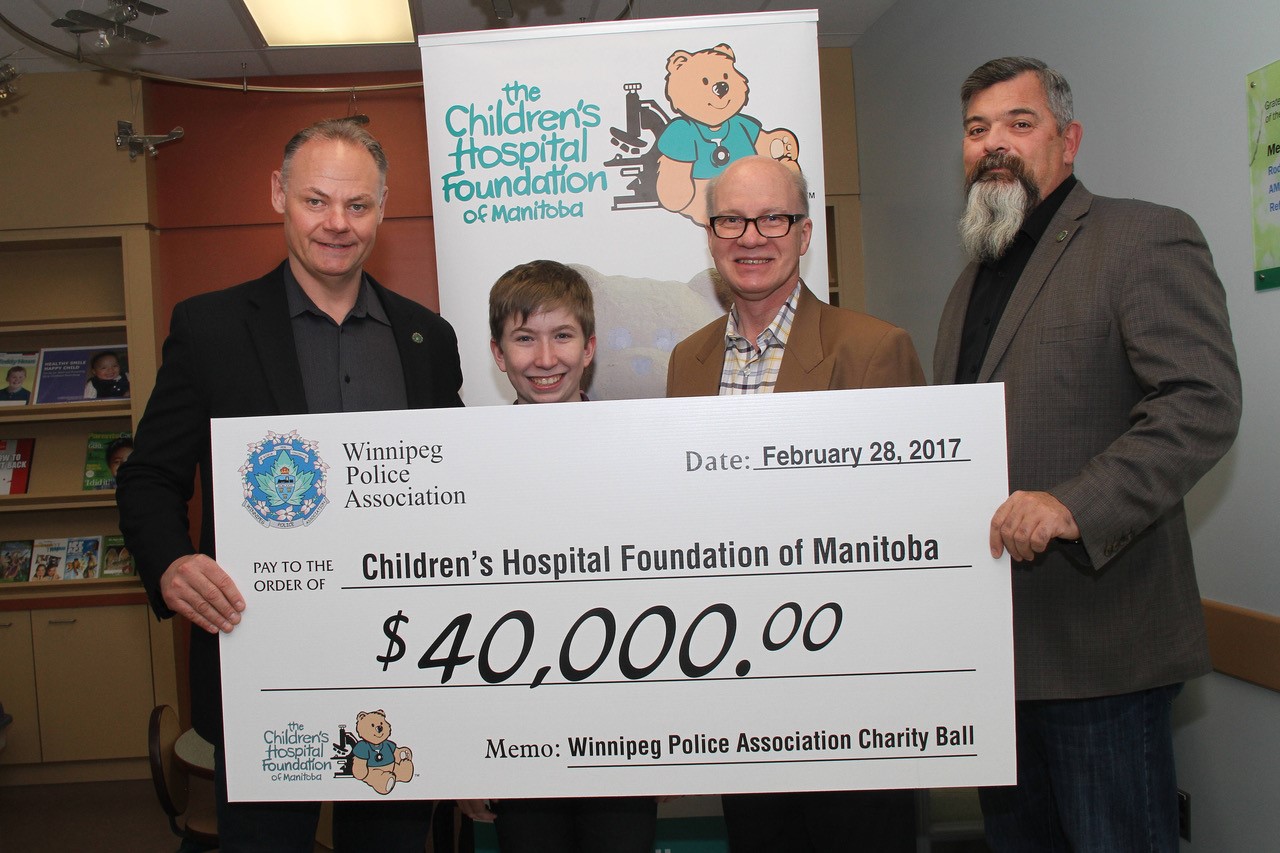 “We are grateful for the support from the members of the Winnipeg Police Association,” said Prout. “They are part of the reason why our Champion Child, Logan Quatember, is with us today. Not only where they there the night of Logan’s car crash, but because of their generous financial support, Logan received the specialized equipment that aided in his recovery. Thank you Winnipeg Police Association for being part of our team.”
The 93rd Annual WPA Charity Ball takes place Saturday, April 29, 2017 at Canad Inns Polo Park. The WPA Charity Ball is the longest running annual charity function of its kind in North America. The Children’s Hospital Foundation of Manitoba has been one of the WPA’s charities of choice for over 25 years.
To purchase tickets call the WPA at (204) 957-1579.