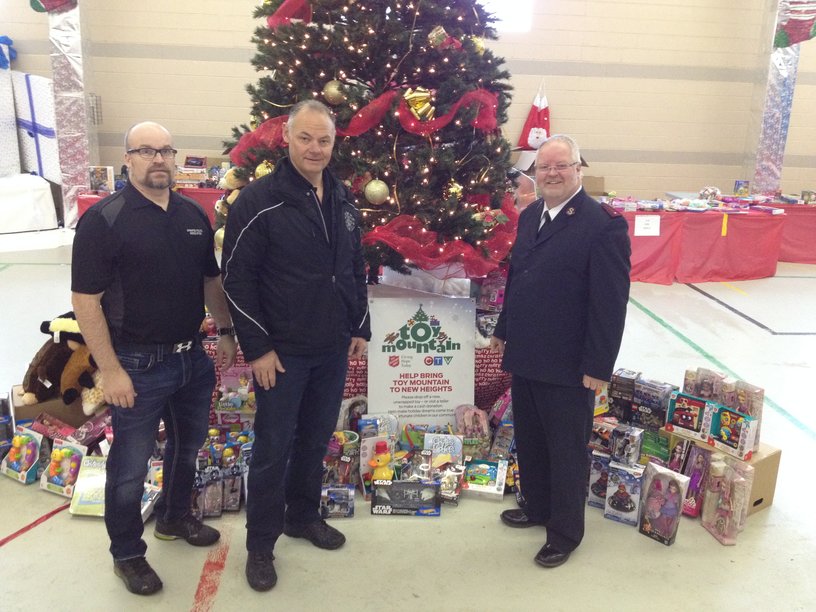 “We have started a tradition whereby each year, toys are gathered at the Winnipeg Police Association Christmas party and then donated to a worthwhile toy drive,” said Sabourin. “We are honoured to support Toy Mountain again this year. The WPA wants to help ensure all boys and girls receive a toy this Christmas, and encourage all those able to give to please do so. The WPA wishes to thank Superstore Regent Avenue manager, Cliff Fabio, for the help in sourcing all the toys.

Young reports the donation comes at a time when demand for toys for less fortunate families in Winnipeg is still high. “We are so very thankful to the Winnipeg Police Association members for the donation of toys,” said Young. “This year’s Toy Mountain campaign will see over 18,000 toys delivered to children in Winnipeg and we’re still accepting donations.”

Toys can be dropped off at the Toy Mountain campaign office at the Salvation Army Weetamah Centre, 324 Logan Avenue; Winnipeg police stations or fire stations, or any Scotia Bank location.