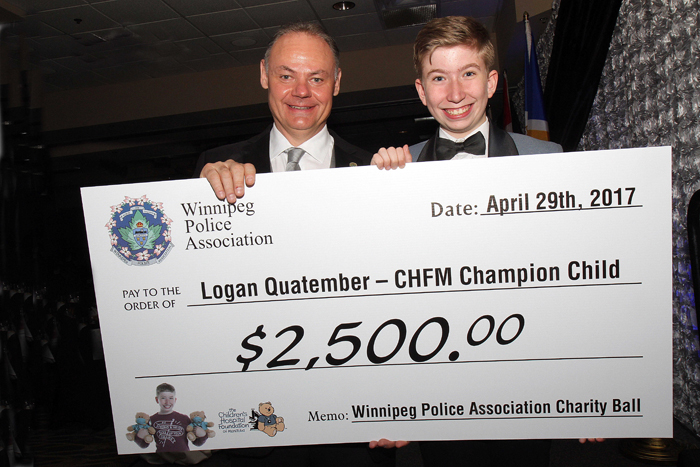 The official amount of funds generated for the Children’s Hospital Foundation of Manitoba will be announced at a later date, however, will bring the 26-year Charity Ball fundraising total to nearly $600,000.

The WPA Charity Ball is the longest running annual charity function of its kind in North America. “The Children’s Hospital Foundation of Manitoba has been one of the WPA’s favourite charities of choice for over 25 years,” said Maurice Sabourin, WPA President. It is an organization that continues to deliver outstanding care for young Manitobans. Whether you or your family have needed their services or not, the well-being of children is at the forefront in all we do.”

There was one raffle prize package and the 50/50 unclaimed from the 2018 WPA 94th Annual Charity Ball.